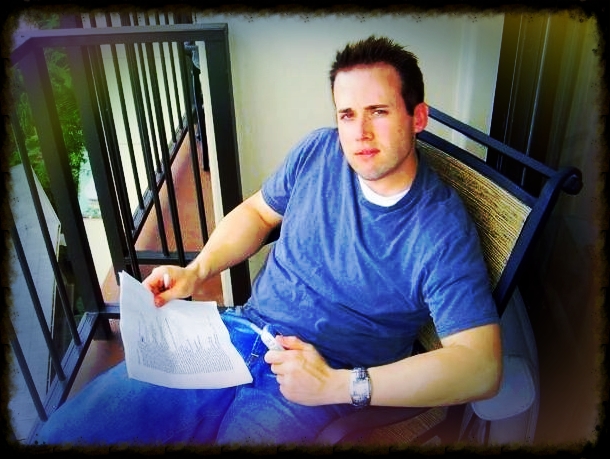 Date Unknown / Tonya:  Hey Travis, it’s (inaudible) Tonya.  Um?  Just wanted to call and talk, apologize for being weird.  Um?  But yeah, just wanted to say hi, it’s been strange, um, and you know you don’t need that so.  Anyway, um, if you want you can call me back otherwise, um, I’ll talk to you later sometime in Phoenix.  All right.  bye.

Exact Time Unknown / 6/4/08 / Leslie Udy:  Travis, it’s Leslie.  Got a question for you.  I know that you and Jodi still talk a lot and everything and she was headed to Utah and I’ve been trying to call her.  I can’t get a hold of her.  It goes straight to voicemail but she was supposed to be here earlier today, was gonna come to training tonight and never showed up and I haven’t talked to her, I guess Ryan Burns talked to her yesterday and she told him, you know, she would be here, you know, late this afternoon or whatever but nobody’s heard from her and can’t get a hold her and, and her phone goes straight to voicemail so a little bit worried.  If you know anything, give me a call, um, and let me know if you’ve been talking to her, you know, where she ended up or what’s happening.  Don’t know if she (inaudible).  Hey let me know.  I appreciate it.  Thanks Travis.  Talk to you later, bye bye.

6/4/08 / Midnight / Jodi [6 hours post-murder]:  Hey what’s going on?  It’s almost midnight.  Um?  Anyway right about the time you’re starting to gear up.  I know Leslie called you so I already called her so you can call her back if you want but it’s not necessary.  Um?  My phone died so I wasn’t getting back to anybody.  Um?  And what else?  Oh, I drove 100 miles in the wrong direction, over 100 miles, thank you very much.  So, yeah, remember New Mexico, it was a lot like that only you weren’t here to prevent me to go into the three digits, so fun, fun.  I’ll tell all about that later.  Um?  Also we were talking about, when we were talking about your upcoming travels my way, I was looking at the May calendar, duh, so I’m all confused.  Um?  But Heather and I are going to see Othello on July 1st and we would love for you to accompany us.  Um?  I don’t know whether Team Freedom’s event is though but you know it’s on the list so we can so, um, we could do Shakespeare, Crater Lake and the coast, if, if you can make it.  If not, we’ll just do the coast and Crater Lake.  But let me know and I will talk to you soon.  Bye.

After June 4 / Caller Unknown:  Hey, I just want to know you’re alive, um, called you several times and you’re not calling me back.  So anyways, um, yeah, call me, even if you’re in the spirit world, um, I expect a phone call or a text or something.  Okay, bye.

After June 4 / Reagan:  I haven’t talked to you in a few days and honestly I’m really worried about you, so, if you can give me a call back when you get this and let me know that you’re okay I would appreciate it.  I hope everything is okay.  Talk to you soon hopefully.  Bye.

After June 4 / Alicia:  Hey Travis, it’s Alicia, um, I don’t know what you’re doing, if you’re busy tonight, but I really need a friend.  I know I’ve been kind of flaky and kind of hit and miss, but just because my marriage is a joke and I’m trying to get out of it and, um, anyway.  I just wanted to chat with you and maybe we could go to a movie or something if you’re, if you’re available.  Um?  If not tonight then maybe tomorrow we could hang out or something but it’s just a matter of time before, like there is just so much stuff that leaving a message or a text message or an email, I just can fill you in on my drama of a life and crappy marriage.  Um?  When (inaudible) out it will be easier.  I know I haven’t seen you forever.  But I feel like we can just pick up where we left off as far as friends go so, um?  I feel like, I feel like it hasn’t been that long just seeing you just because I see you online and stuff, but I realized the other day, it’s been a long time.  So, anyway, um, I also wanted to see like any connections you have as far as girls, I know, I don’t know if you know of anyone looking for a roommate, um, I’m trying to get a house with my friend Laura Bigger(sp), do you remember her?  Um?   and move out as soon as possible and get this joke of a marriage over with.  So, just give me a call.  I don’t know why I feel compelled to talk to you.  I just think that you’re in a good, good place in life and I could really use that.  It could be really helpful for me and getting me back on track and actually to be around someone that’s positive and going somewhere in life.  So, you know my number talk to you soon.  Bye

After June 4 / Chris:  (inaudible)  change of plans, Thursday, Chichen Itza and Tulum for 100 bucks a person.  I need to know now if you’re going and if Mimi’s going.  Yeah, he’s in the middle of a project.  But you know what his phone just didn’t ring today and it’s not ringing now.  I wonder what’s up with that?  I wonder.  I don’t have his home number in my phone.  You do?  I’m gonna call you on your home line dog.  Peace.  If you need to get a hold of me just email me.  I’ve got wireless internet.  Okay, late.

After June 4 / Caller Unknown:  T, email me man.  I sent. I left you a couple message on your home line.  Been trying to get a hold of you for days, days and days and days.  Um?  If we don’t hear back from you mui pronto, like within the next hour, yeah, well like seriously we won’t have room so, um, we’re, we’re gonna have to just make confirmations without you ’cause I have to give the guy an exact number ’cause he gets a car just the right size, so, if there is an extra space in his car, oh, my gosh, (inaudible) dude, just let me apologize in advance.  She said you can hang out with Abe.  We’ve seen him more than we’ve seen anybody.  It’s kind of funny.  Bravo, that’s what he always says anytime there’s an applause necessary he says bravo, very unique.  All right, dude, so no phone calls from you, no emails, no frickin’ nothing, jack nothing.

8 Replies to “Calls to Travis”