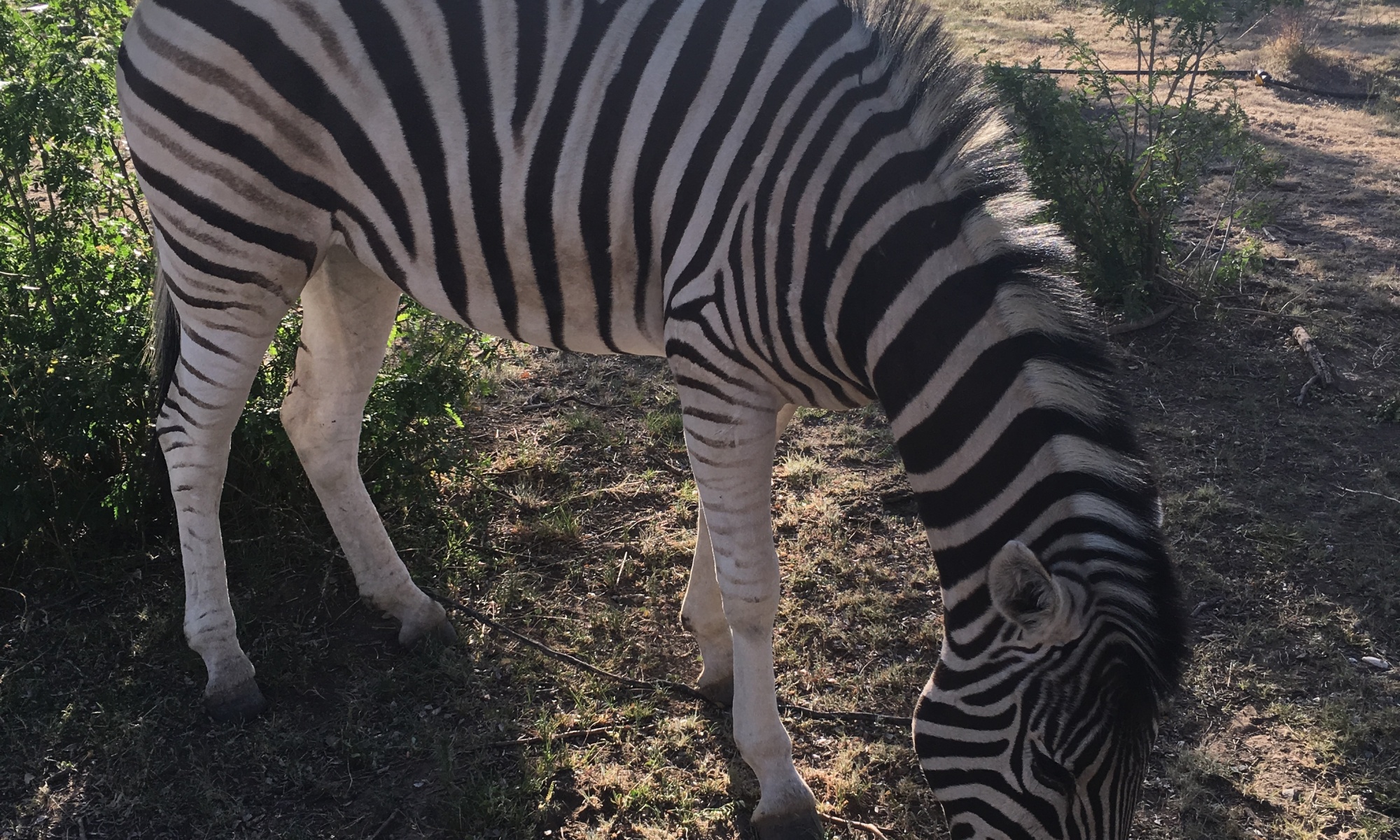 Saturday begins with a visit to Naval Hill for Park Run.  Naval Hill is situated in the middle of a game park.  It has a 5K loop with sweeping views of the city. After being cooped up on planes and in airports for two days, it was good to stretch and enjoy some fresh air.

Our peaceful morning exercise wasn’t totally without drama.  Nick, who was running ahead, almost ran straight into a herd of animals crossing the running route.  One of the zebras charged head first into a fence.  Nick and a group of runners watched as the animal struggled to breath. By the time help arrived, the zebra sadly passed away. When I caught up, it was shocking to see this beautiful animal lying dead.

Park Run started a few years ago as a smaller event with approximately 250 people participating every week.  But as the event has more than doubled, it’s drawing the animals out of their natural habitat and causing a dangerous situation for both the animals and the runners.  It’s a situation Nick hopes to influence the organizers to resolve.  I’m happy to say the afternoon ended with a much more joyful interaction with wildlife.

After our run, we had grilled wors (sausage) made by local college students who manage a small tent outside one of the shopping centers.  We also had coffee with Nick’s friend Linda who’s an archivist for the Oliewenhuis Art Museum.

Later in the day we packed a picnic lunch and headed over to the van der Leek family farm, which is about 30 minutes outside of Bloemfontein.  There are four zebras that live on the property.  One of the zebras is currently pregnant. 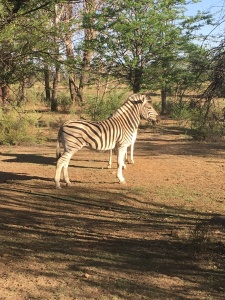 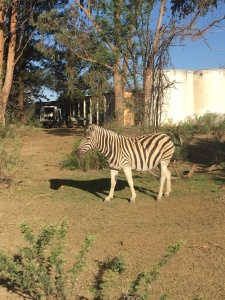 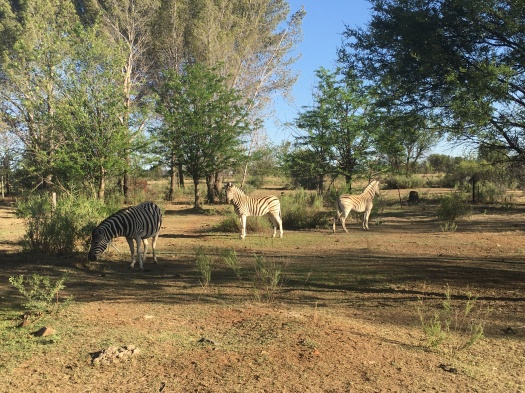 The youngest zebra, a male, seems to think he’s a dog.  He follows Mr. van der Leek loyally around the farm. 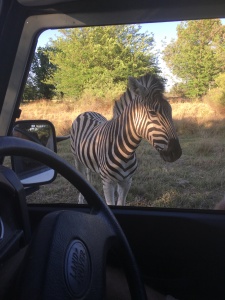 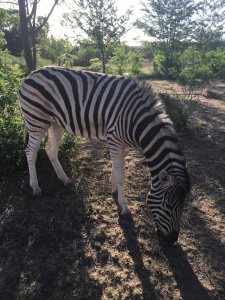 Some of the other animals living there are springbok, blesbok, wildabeast and ostriches.

Aside from the wildlife, the farmland itself is  magical. The weeping willow lined lake and hilly pathways seem to glow underneath the baking South African sun. Old barns and utility sheds are sprinkled throughout the property.  They stand unused today but appear rich with memory. It’s the type of place that evokes your own childhood dreams. 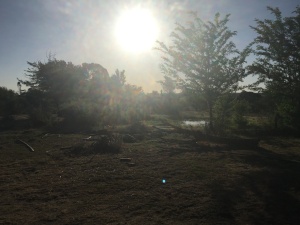