The RS of the title of this book stands for Reeva Steenkamp, a 29-year-old South African model and law graduate, shot dead by her new boyfriend, Olympic runner Oscar Pistorius. He is currently in jail, serving a five-year sentence for killing her which could see him released in less than half that time. Prosecutors are appealing.

Readers should be aware that it’s the seventh in a series of e-books on the crime and subsequent trial, and a certain amount of foreknowledge is presumed. Those looking for a straightforward, basic explanation of how, when and why Reeva Steenkamp was killed, might be advised to start with some background reading.

Even if readers are already familiar with the case, they should be prepared to go on an unpredictable journey that reaches to the stars and moon, and back. The book is a lesson in freedom, and freedom takes a wandering and often complicated path. ‘It’s complicated’ is a phrase repeated several times in the narrative, and it applies to the way this book sets out to tell of Reeva Steenkamp, as well as of the world which made her and ultimately took her away. The black hole her killing created truly is complicated; Reeva could not escape it, but it absorbed all around it and continued to grow until its mass was felt by much of the world. 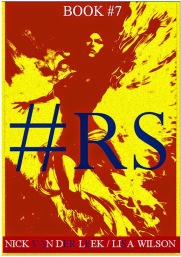 The collapsed, darkened star of Reeva Steenkamp drew the world in to share her darkness and in doing so, brought in the light of freedom.  With her death, and the ending of her life, Reeva was also set free. No person in the world can catch, harm, hold or control her. Nobody can trample her dreams – or make them come true. Nothing on earth can touch her. Perhaps Reeva might put up her thumb somewhere up there, as Neil Armstrong once did, and blot out the tiny star that is earth and its teeming humanity, if its light should ever pain her ageless eyes…

Read the rest of the review… here

“Science, Neil [Armstrong] tells us, has not yet mastered prophecy.  We predict too much for the next year and yet far too little for the next 10.  In much of society, research means to investigate something you do not know or understand.

The important achievement of Apollo was demonstrating that humanity is not forever chained to this planet and our visions go rather further than that and our opportunities are unlimited.”

For all of the world’s troubles and (to use Nick’s favorite word) fuckedupness… it’s hard to deny that there is far more beauty in this world than anything else.  Beauty in our surroundings and beauty in ourselves.

That beauty is a gift.

Some of it was given to us and some of it was created by us and creation comes from dreaming.     So when people ask, what does the first Man on the Moon have to do with a tribute to Reeva… well, in honor of Reeva’s legacy, it is the recognition of the power of our dreams.

While writing about Reeva and considering the life that she lived, I thought a lot about her parents, and I thought a lot about my mine.  Just like all families, my family has not been without struggle, as I discuss in the books.  But those struggles pale greatly in comparison to the love that we share for each other and it reminds me that we are nothing in this world without the people that we love and the people that support us.

The 1960’s were a pivotal time for America.  The decade began with the romance of Camelot and ended triumphantly with a Man on the Moon.  But in between, we suffered the loss of three great men who had done so much to change the minds and hearts of this world – JFK, Bobby Kennedy and Martin Luther King Jr.  – and it could have been so easy for everybody to give up and stop chasing dreams in the wake of that devastation.  But the opposite happened.  Those losses fueled a fire that changed our ability to dream and explore forever.

Man on the Moon

My Dad (and my Mom) have always encouraged my brother and I to be our very best and to shoot for the Moon.

They have selflessly pushed us to go after everything in life that inspires us and were always the ones cheering loudest from the sidelines.  This post is in honor of them!    Thanks, Mom and Dad.

I love you to the Moon and back. 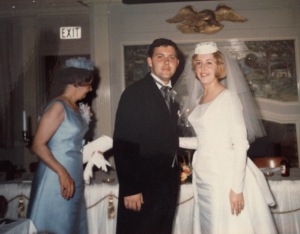 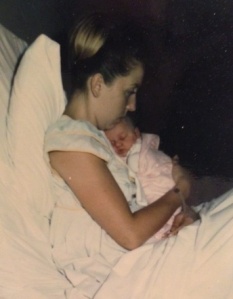 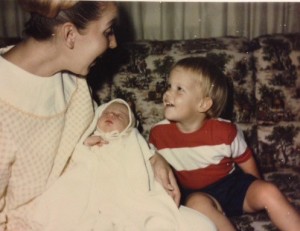 #RS is available on Amazon here 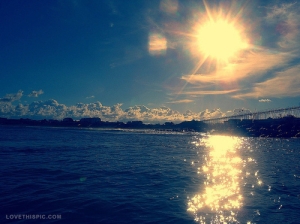 An excerpt from the chapter:

Coming together as a community, in times of need and in times of grief, is a beautiful thing.  It restores our faith in that thing…the human spirit.  It lives in others and it lives in us.  It can be a resilient thing, phoenix-like, invulnerable and yet able to disappear and reappear in an instant, almost like magic.

As resilient as we are as human beings, there are moments in life when we just can’t make it on our own.   Moments of brokenness steal on us sometimes, and it’s then that we realise we need each other; we need to stand together, to lift each other up and be loud with our ideals in one collective voice.

Yesterday, Twitter user, Sandy, and her husband, Denver, traveled to Port Elizabeth to meet Barry Steenkamp and delivered to him a beautiful card of condolences from people around the world.  It was a lovely moment that she wanted to share with all of you, via this audio below and further details in the book.

Barry was clearly very touched by this gesture. It’s a true testament to

We left smiling and felt privileged to have met Reeva’s Dad, a gentle, friendly soul and also very kind… Meeting Barry reminded me of my late father. I can talk about my Dad now, but cry each time.  I was his ‘Treasure’.  I make the most of each day and enjoy it with Denver, who has loved me since I was a teenager…

To read another excerpt from #RS, visit the African Man website

#RS is available on Amazon here 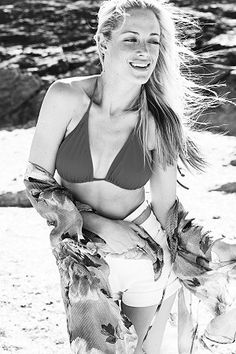 An excerpt from the chapter…

I think Reeva was scarred and thus naive when it came to love, same as Oscar was. Their idea of love was like being in a dream, you have to close your eyes to the world in order to dream…and especially dreams of love…

But as most of us eventually – hopefully – realize, love is that most vital area where you need to be most awake.  Love in the romantic sense may seem the most like dreaming, and may feel that way, but much of those feelings aren’t real.  True love is work.  True love is a shared project, it is DOING things together.  And you can’t do anything with your eyes closed.

That romantic immaturity, given a cocktail of glitz, glamour, money and media, is a recipe for a disaster of monumental proportions.  It means not only tightrope walking with your eyes closed, while your own ghosts and demons come to the surface, but putting up a brave face to sell to the world, and your partner.  There are three-too many balls being juggled there….

Reeva’s attachment to the idea of being in love meant finding somebody to nurture and heal.  By the act of healing Oscar, she could also heal herself.  And considering her financial stresses, perhaps she thought that partnering with Oscar could provide a better life.

On 8 February 2013, less than a week before her death, Reeva posted this haunting image to Instagram: 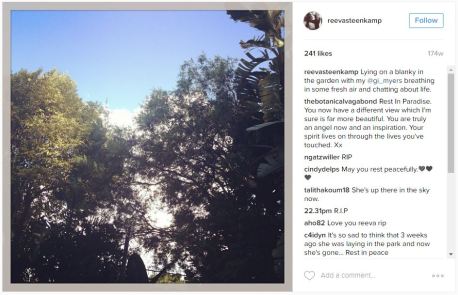 “…breathing in some fresh air and chatting about life…”

Yes, contemplating the tree of life…and how to rise above her raising.  And how and when and who to have children with and to raise herself.

The tree is what connects the Earth to the Heavens, and Reeva was contemplating her connections…and where they could take her.

But look carefully…what you see is not one tree, but several…and only one (on the left) is catching the sunlight.  Meanwhile the tree on the right, Oscar’s, has become tall and dark and has begun to blot out the sky….

I think the possibility of finding somebody who needed her as much as she needed him was exhilarating.  They ran in the same circles and were moving in the same direction.  But that kind of luminous possibility will quickly dim when your stars are not aligned with the right person… or worse, you find yourself with a dangerous person.  Although June would like to believe her daughter had not been intimate with Oscar, there are many signs that tell a different story… 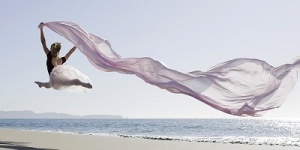 Hope when you take that jump,
You don’t fear the fall.
Hope when the water rises,
You built a wall.

And I hope that you don’t suffer
But take the pain
Hope when the moment comes, you’ll say

Hope that you spend your days
But they all add up
And when that sun goes down
Hope you raise your cup
Oh, oh

Today is a wonderful day for all of mankind. For the first time ever, we landed a space probe on a moving comet… truly a mind-blowing feat and a dream come true, not only for the scientists involved, but for all of us too. The profound significance of this is that we are going back to our roots, as far as we possibly can, to study our creation.

The incredible irony in all of this happening today is that Nick and I are just wrapping up our book, #RS. Being true to ourselves, it has been a heartfelt exploration of our dreams and the dreams of the world… the ones that we have realized and the ones that we have not… yet! All of it done in honor of Reeva and in honor of the dreams that she did not get to complete. So today we acknowledge both the darkest and the brightest parts of life… The end and the beginning

and never forget to DO…

And never let your dreams… just be dreams. 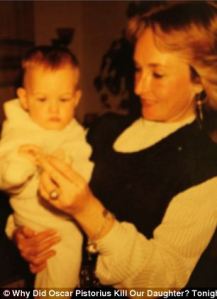 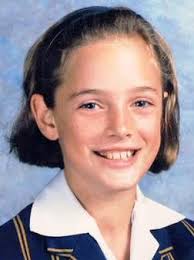 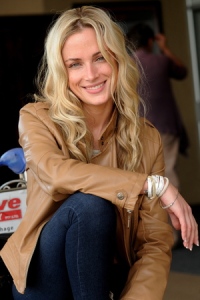